Organization for Hindu Religion and Culture (OHRC) is a not for profit charitable (501 C 3) organization established by Bhutanese American Hindu Community living in Harrisburg Pennsylvania on seventh day of July 2013. The core principle of establishing OHRC is to fulfil the spiritual need of former Bhutanese Hindu refugees resettled in Harrisburg metro area who are experiencing unprecedented cultural shift for which they are not prepared to adhere. As of September 30, 2014 three hundred fifty Bhutanese Hindu refugee families are calling Harrisburg their new home. The primary objective of OHRC is to promote social, cultural, religious and spiritual understanding based upon Hindu/ Vaidik principles through establishment of a Hindu Temple to practice, enhance and propagate Hindu religious, social, and cultural activities: teachings of the Vedas and other Hindu Scriptures, and promote principles and practices thereof to facilitate education and creation of Hindu Priests, Pandits and Acharyas with in the community: and to observe religious and cultural activities such as praying, worshipping, following traditional festivals, rituals, pious deeds, weddings, pilgrimage and mourning according to Vaidik faith.

As subsidiary objectives OHRC pursues to enhance teaching and learning of Nepali language, promote technical education and performing arts activities in the community and to provide financial, spiritual and social service assistance to needy families and individuals during emergencies.
Thank you for visiting our website, we welcome your comments and inputs, please Click here to direct your inputs. 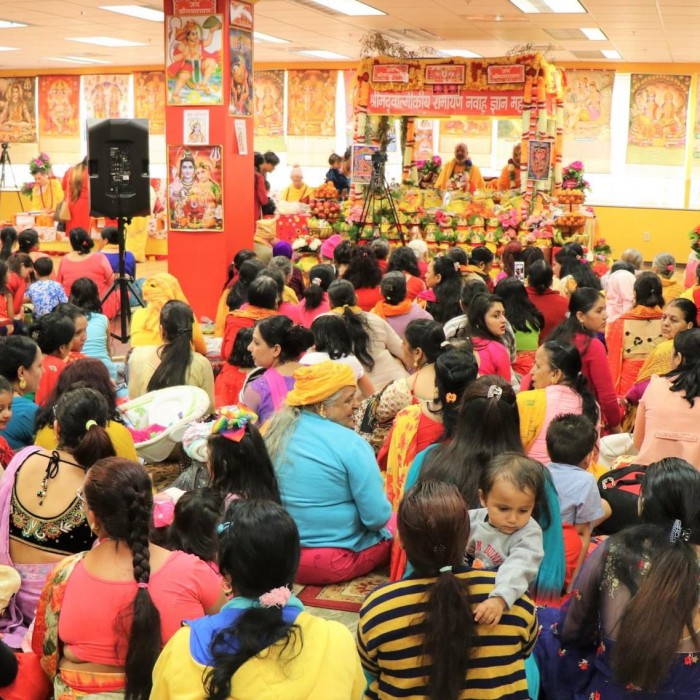 Hinduism is more than a religion. It is considered a way of upholding the principles of virtuous and faithful living. It is believed that Hinduism originated around the Indus Valley near the River Indus and spread over the world. It is based on the concept of righteousness. Righteousness is an ethical and social system by which an individual organizes his or her life. The primary Hindu texts are the four Vedas. They do not talk mainly about “Hindu” but righteousness, “Dharma.” Hindus believe in a supreme God, whose qualities and forms are represented by the throng of deities that originate from him. Based on Upanishad, an ancient Vedic text, Hindus believe that “Truth (God) is one, sages call it by different names.” Existence is a cycle of birth, death, and rebirth governed by Karma, which Hindus trust. They have faith that the soul passes through a cycle of successive lives. The next incarnation of the soul is always reliant on how the previous life was lived. The Hindu World view is very secular and accepts all other faiths and religious paths. The entire Universe is viewed as God’s creation, and everything in this Universe is divine, and the purpose of life is to seek and understand the divinity within one. Hindus believe values such as truth, right conduct, love, peace, and non-violence are of great importance to Hindus. All Hindu worships, ceremonies and rituals conclude with a prayer for universal peace and harmony. Hindus celebrate many holy days, but the festival of lights, Diwali or Deepawali, is trendy.OHRC mainly sticks with the statements mentioned above and explores the notion of all Hindus around the globe.

Cultural values make a lot of differences to our devotees. Hindu devotees’ cultural asset is a “Mandir” or a Temple where all members could get together and learn religious aspects. Visiting a temple every weekend makes each devotee proud and makes them feel relief from the whole week’s ails and agonies. Temple means a source of knowledge, a sense of purity, and a safe and soothing feeling. Our devotees love to attend “Bhajans and Kirtans, “which can make them think of spirituality. A clean attire must go to a Mandir, which helps to be healthy and wellness. Humans’ mirror is their cultural values. Through programs in the temple, we soak in our rich tapestry-our heritage. When we learn slokas and bhajans, we instill righteous morals in ourselves. The young generation learns from the elders, and cultural shocks will be wiped through this process. Clean fruits and food will be served to God and shared with all devotees who visited the holy places like mandirs. Devotees believe that they can only have their meals after giving alms to God. Eventually, cultural traits have a more significant role in keeping peace and harmony in Hindu society. 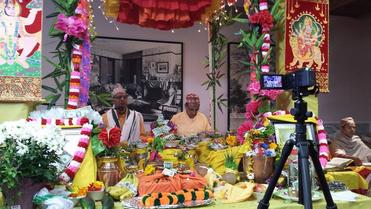